Jump [to the Hustle]. 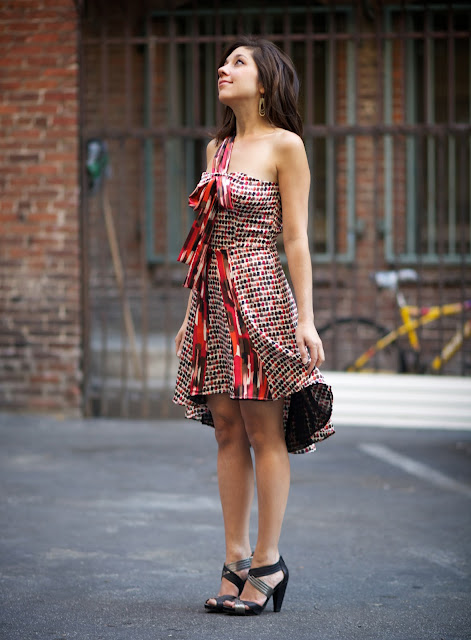 Even though I really like this dress, I've been holding back on posting the pics because they're a tad blurry and I think I look a leeeeeettle chunkers. But, whatever, I'm a real girl not a supermodel and it's time you all just accepted that fact and stopped putting so much pressure on me. GEEZ.
I'm sorry. It's not your fault.

There's another reason I decided to post these pics. One that trumped my vanity. Or perhaps is vanity in another form? See that location in which I am standing? That gritty urban locale? That's Catalyst's parking lot. (Catalyst is an Artist collective in which I live that happens to be in the middle of skid row.)  It turns out that the 80's classic, White Men Can't Jump was filmed right. there. We watched the movie to make sure, and lo and behold: 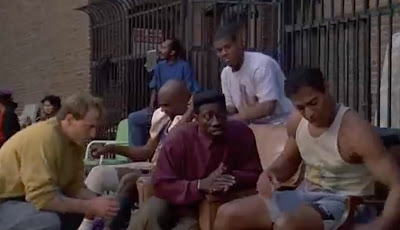 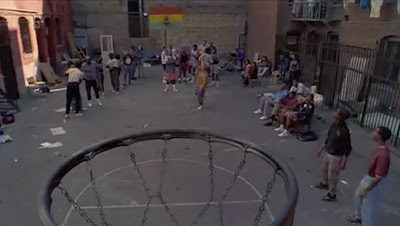 The rumors were true.
So add that to our home's storied past.
The Doors drank here
Michael Jackson Beat it here
Then Woody Harrelson hustled the hustlers here. And kitties I'm thrilled. Hustlin' has long been my motto. 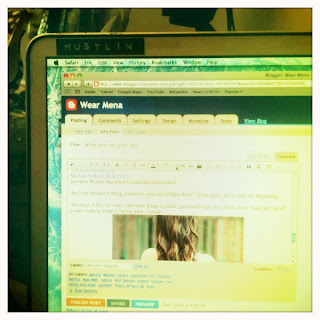 You thought nothing good ever came out of Skid Row? Think again. 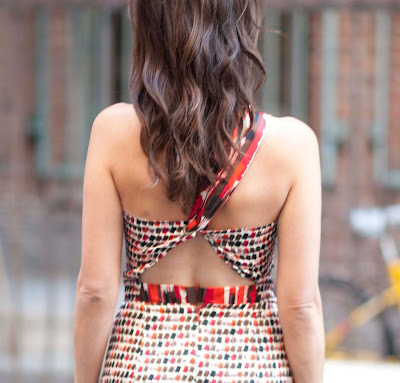 The Rise and Fall, and Rise Again of Drunk Writing

Drunk texting, drunk sexting, drunk dialing, drunk emailing and even drunk facebooking are all pretty common in this day and age and I bet everyone has at least one good story to tell. I've even been known to drunk bake, and thus drunk burn myself. As it turns out I was not born with pot holders in place of hands, but the good news is should I ever commit a crime I'll leave no prints.

One thing I havent done is drunk write a handwritten letter, and send it through snail mail. I'm sure it's been done. I know its been done. In 1873 Lord Blackwell had one too many snifters of brandy and was feeling quite amorous in his lonely brocade infested country estate. He started thinking about that hot strumpet Lady Pettigrew of the Stratfordshire Pettigrews, and proceeded to write her the most scathingly inappropriate letter of it's time. A lot of nonsense about passonate loins, heaving busoms and 300 pounds a year. That sort of thing. Anywho, he made the butler deliver it post haste and promptly blacked out only to wake with a pounding headache and a vague feeling of dread. Cut to two weeks later when he showed up at the Byron's Midsummer Ball, and you can just imagine the snarky looks and cold shoulders he got. You'd be surprised how fast word can travel in an age without computers. That just about ended his social and romantic career. In his desperation he was forced to wed his odious spinster cousin Eunice (she was an ancient 28) who later gave birth to 3 rather unfortunate daughters non of which received a mere thought of a letter let alone a marriage proposal... putting a nail in the Blackwell family legacy forever.

It happened again in 1956 when 15 year old Peggy had been drinking spiked punch at the sock hop. As soon as she got home she just HAD to write a letter to her cousin Mary Beth in Ohio. It was all about how she was just sure Sammy was going to pin her any old day now, and really he's positively radioactive! All the gals are jealous. She was over the moon now that her brassiere was finally filling out, and golly; she CAN'T WAIT to go to college her parents are so square they wont even let her listen to Buddy Ho----- That's when she started to feel a bit green and instantly developed a cold sweat. That doomed letter never made it to Mary Beth because before she could even set her pencil down, she blew chunks all over the letter, her poodle skirt, and the pink shag carpet. Mother was furious and took the record player away for 2 whole months, squaresville indeed.

There were a few more drunk letters written after that and not all of them ended in regrets and vomit, but somewhere around the advent of personal email they drastically started to taper off.  In fact, in the last 10 years not a single drunk letter was ever written, let alone mailed. That was until November 21st, 2011 when Baxter wrote me a letter at approximately 3 o'clock in the morning.

Earlier that evening Jesse, Baxter and I had been steadily throwing back rye manhattans while laughing it up at the Improv. When the show was over, the real show began. Aghast and appalled that I had never been to the Chateau Marmont, the boys were determined to take me there before the night was through. Once settled at the bar with fresh manhattans in hand, I was ousted from the boy talk with orders to make some new friends. EASY PEASY. Let's see; socialites, models, and celebrities, blah blah blah. I make friends with the guy who has one arm and two hands. You do the math. I thought he looked like one of the comedians from the show earlier, although you would think I'd have noticed if the comedian on stage had one mini hand poking out of his left shoulder blade or not. But dude, I just see people as who they are inside, man, not their physical representation and attached societal prejudices... or whatever. Mostly the manhattans were taking over.

SO the bar closes and Jesse decides to get a room for us. Thanksgiving is the next day, and we do love to spend our holidays unconventionally. You could say it is our tradition to spend the holidays untraditionally. Oh the irony. Ok, ok, enough stalling. Mini hand comes with us, and once in the spacious suite we all head to the kitchen to raid the well stocked bar. That's when it must've happened. That must be the point where Baxter finds the hotel stationary and unbeknownst to us writes a letter thus breaking the drunk letter writing drought of the 21st century.

A few days later I'm sifting through my junk mail when I find a slim envelope addressed to me with the return address of the Chateau Marmont. Confused, I opened it to find this:
Not only did he write it, but he knew our address and he actually followed through and posted it on his way out. AND it say's I look hot. WIN WIN WIN, I can't tell you how much that made my day. The point is, what is my point? The point is, letter writing is alive and well. So go ahead and get out your best stationary (and no you can not find some cheesy clipart online and print it out), throw a few back and start penning some goddamn letters already. Just make sure you steer clear of inappropriate propositions and KNOW YOUR alcohol LIMITATIONS lest the fruits of your labor be sullied with the contents of your digestive tract.
Posted by Misty at 4:37 PM 3 comments:

OK, here are the rest of the old Barbie clothes I made when I was but a wee fashionista. Who wants to come over and play? You bring the Barbie's and I'll bring the clothes.

Back when I was home a few weeks ago, I poked around in my parents attic and found a box with my name on it. I almost left it right where it was and walked away, because I knew that once my mom saw me with it she would guilt me into packing it up in my suitcase and taking it with me. It seems the parentals are tired of being our storage unit.

Over the years on various trips back home I've been presented with similar packages. In the beginning they were filled with clothes, books, posters and the remnants of my teenage life. When it became clear that adulthood was going to stick, they started traveling back in time- nerdy junior high photos, misspelled poems to my dad, an engraved baby spoon, family heirlooms and lots of drawings. Stacks and stacks of drawings, actually.
I always have mixed feelings about receiving these time machines. They're fun to dig through for a minute, but then what? They really have no place in my current life and it was always somehow comforting to know that my past was neatly stacked away in my parents garage next to the croquet set we used that one time.
I imagined this box was going to be more wonky drawings of Care Bears and Cabbage Patch Kids birth certificates, but to my surprise it was the remainder of my prized dollhouse. I started pulling things out; a perfectly replicated 2" refrigerator, an apple pie the size of a quarter, mini hand-crocheted rugs...But what really excited me, tucked between the baby buggy and the armoire; were the old Barbie clothes I had made.
I spent much of my childhood playing with Barbies, and to be honest I played with them well after my friends had stopped.  Looking over these outfits, I'm pretty darn impressed with my past self. They're complete with darts, button holes and some serious high fashion design sensibilities.
It's funny that this box is probably the last bit of my childhood to move out of the house, and for once it doesn't seem out of place in my current life. Mena IS a childhood nickname after all. ;)
Posted by Misty at 9:17 PM No comments:

Holy roller coaster couple of weeks; I don't even know where to begin.

There was a speeding ticket and then a trip to the emergency room (separate days thankyou), a night at the Opera,  8 sequined bridesmaid dresses to finish before leaving town (I succeeded, pics soon!),  a comic evening at the Chateau Marmont followed by 2011's only drunk letter....and somewhere in the middle of all that Thanksgiving came and went.  Most of these things require a separate blog post which I just cannot wrap my head around right now, so instead I'm just going to give you a mash-up of all the other places my brain has been.

*I'm participating in an event this Sunday called Heart On. It's an art show/dance party. I'm setting up a booth and I'll have these tops, my aprons and a bunch more lovely treasures I'm currently working on. FYI these tops are all going to be under $40 bucks. Maybe even $30 if I'm feeling generous.

*Who Tumble's? Tumblrs? I do now, add me and let me know how I can find you.

*One of my favorite internet developments are all of these sites that help you create or keep track of your links. Like Pinterest.  Imagine if you had to write down all of your favorite links? How many notebooks would that fill, and how would you keep track? OK, don't waste too much time imagining that scenario. If you have links to keep track of then chances are you have a computer... which leads me to believe you have some sort of Word program you could use. Still though, that would be a pain.  My particular way of thinking positive is to imagine the horrors that COULD be, and then be thankful that they AREN'T. Make sense?

* Have you seen this sick fashion vid? BTW,  still wondering how and when 'sick' took on such a positive meaning? Maybe it was Ferris Bueller taking a 'sick' day that did it?

*Also, I did this DIY for Distinctive Fabrics. If anyone does it please send me a pic!

That's it for now kittens.
nuzzle, nuzzle.
-Misty
Posted by Misty at 1:02 PM No comments: