Things that don't relate to each other, AKA Brain Dump

*I have 11 magazine subscriptions. Do you have any idea how many wrinkle cream samples that amounts to? In a grand experiment I've stopped discarding them and am instead using all of them in the order in which they were received. I'm calling it a grand experiment, but it's possible that I'm just cheap. If I look younger in 5 years I'll report back.

*Recently I've taken to impregnating my own zucchini. That is not a euphemism. Why do the birds and the bees get to have all the fun? No foreplay is required but first I like to drink a glass of chilled white wine and put on my gardening teddy. (Hey, niche market!)  Now pluck the male blossom from its stem. You will know him by his long stamen. Carefully peel back his petals and insert the stamen in the female blossom's -for lack of a better word, 'cup'. Swirl it around to make sure the pollen from the stamen sticks and then toss him in your compost pile; his work is done. Mother nature can be a cruel mistress as they say. Wait 4-8 days and you too can be happily munching on your own delicious zucchini babies. I watched this adorable video to get the basic idea.

*I'm just now going through some pictures from my trunk show at Hamptons Heartbreak. Here's a look. I'm interested in doing another trunk show this summer, anyone have suggestions as to boutiques in the area that would be interested in hosting?

*On a recent road trip to Palo Alto we found this angry peacock roaming the parking lot. His feathers were ruffled about something. Maybe 6 STRNGS stole his app idea because Mr. Peacock attacked his car for quite awhile. Realistically he was most likely fighting with his own reflection. In any case 'ANGRY BIRDS II, who's the fairest of them all?' is bound to happen and this poor bird probably won't see a dime. It didn't look like it was doing any damage to the car so we stayed out of it. You got to know when to intervene on natures behalf and when to back away slowly.... 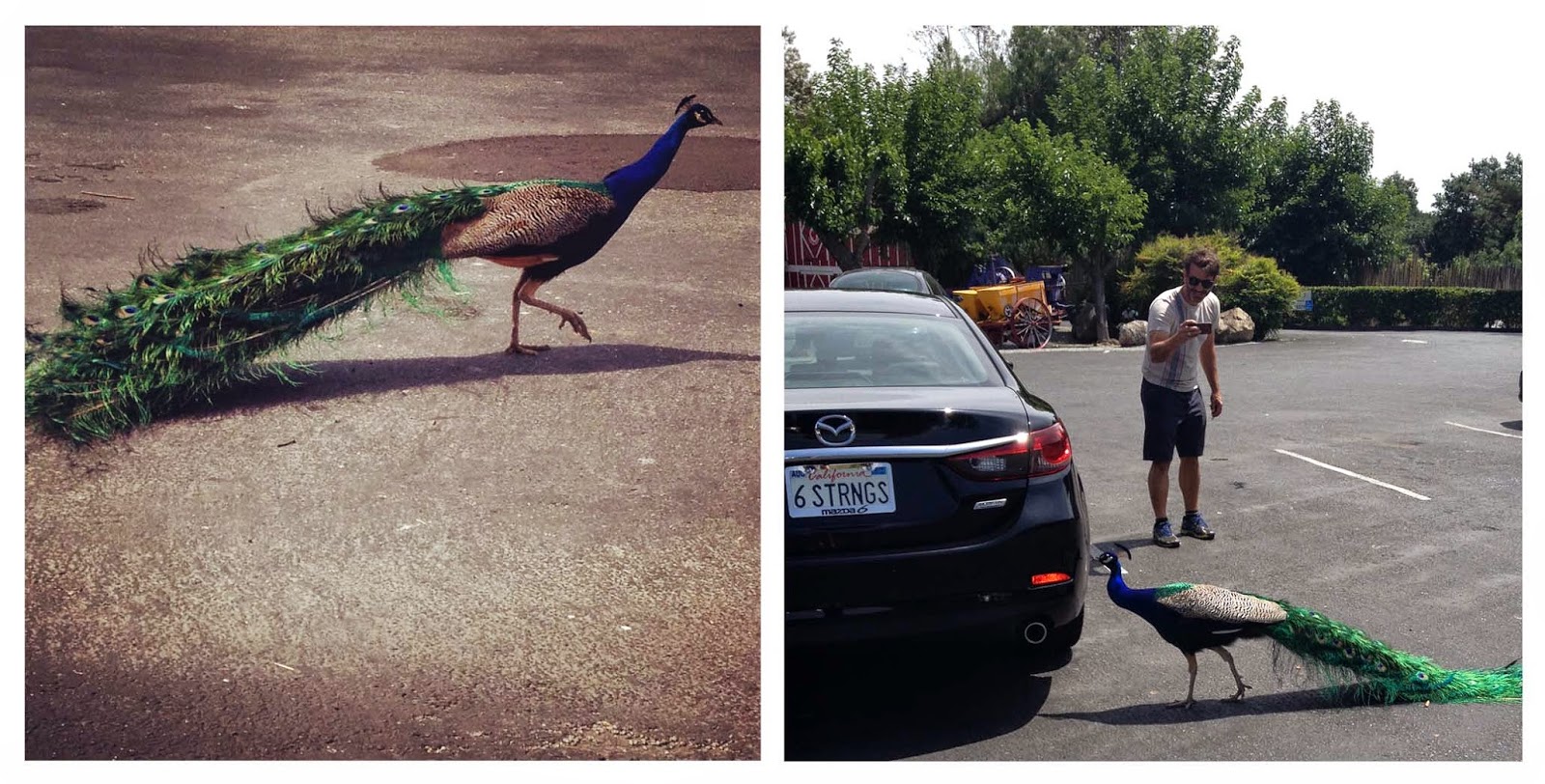 that is all for now, MR